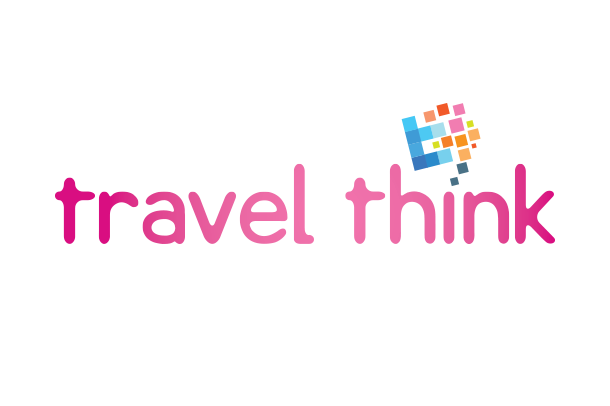 TEDx. Everyone knows these famous conferences and their format. This edition of #TEDxParis was made for me, with a theme particularly spot on: Le Nouvel Âge Dort… OK – you have to speak French to understand this. It is a pun on words. L’Âge D’or = the Golden Age ; but when you spell it ‘dort’ it means sleep… Got it? 😉 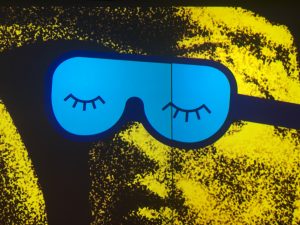 The branding of the event sets the tone: selfie stick, emojis style …

On stage, obviously there were Generation Y & Z reps who shared their amazing (success) stories. Let me tell you it was super inspiring! I listened to these entrepreneurs driven by passion. This felt like some blessed fresh air. Ideas have been spread with the right tone, and with the right touch of humor.

I say YES!!! And let me share my impressions after attending the conference…

NextGen is a subject particularly spot on. I am myself a Millennial and proud to be one. The experiences I’ve had throughout my career have suddenly echoed so much when I listened to the speakers on stage with diligence. I can tell you one thing: I could relate!

The audience? I would say a balanced mix of “Generation Xers” and Millennials.

I was lucky to be invited by my great client Marriott (sponsor of #TEDxParis) who has solicited me earlier this year as part of their Travel Partner Conference: “Evolution of Travel” (#eot2016) to speak on stage about generational differences.

Selfish, lazy… We have all heard about stereotypes on NextGen. And yet, how many are struggling and work hard?

Léa Frédeval sets the tone when she introduces the conference, holding a dictionary in her hands, and saying with humour: “it’s been a while that the young generation did not meet a dictionary”. Laughs in the audience.

“Carried away by the technological whirlwind, I have the world at my fingertips,” she says. “Every day, I like to turn them into opportunities. Agile, frugal, resourceful … I am where you don’t expect me. I’m young, I’m free, I am the move. ” (Les Affamés : Chroniques d’une jeunesse qui ne lâche rien, Bayard 2014).

#TEDxParis: A concentrate of inspiration!

Above all, I hear about models for young generations … Several times, names such as Mark Zuckerberg, Larry Page, Sergey Brin are pronounced by speakers. “These guys left school at 20, they had an idea, they tried. And they succeeded! So, why not us?”

Yes! These people became icons. They have created businesses that are now world giants, and they were only in their twenties… Ah… this youth… yet so criticized and prejudiced!

And yet, I have listened stories that prove that NO, the new age is not sleeping, it is truly awakened, and it is going flat out!

Let me share my impression on the stories I have heard that night.

She becomes the youngest Michelin-starred chef in France at 21

Julia Sedefdjian… or how within a few years, she decides to move to Paris to give herself the best chances, she goes through two disappointing experiences as an apprentice, until she finds the right place where she gets the opportunity to move from apprentice to the role of sous-chef until she becomes a Chef. Julia is driven by will, and by an investment and an unconditional motivation. That proves that passion leads to the stars 😉

“I have always placed my career among my top priorities in my life”, she says. Her job makes her happier every day. I personally can relate! She delivers her testimony with pride, and it is very touching because she is very humble. She was warmly applauded by the audience.

He creates the first hacker house

Paul Poupet was one of my highlight. I know the start-ups environment quite well… I would say I have a start-up mindset… I’ve been involved in several projects related to innovation such as hackathons (find out about my experience as a mentor during the IATA NDC hackathon) so I particularly paid attention to Paul’s speech. And I couldn’t help having a big smile on my face!

Paul believes that the traditional corporation schema does not fit to our generation. I must admit I laughed when he mentioned the difficulties to be hired as a trainee in big companies you dream of when you are a student. And when you finally make it, you find out your role consists of “aligning PowerPoint documents”.

I laughed even louder when he mentioned the “Compliance” department, and the never-ending validation processes. All those who have worked (or actually work) for large groups know how that feels.

He also pointed the lack of agility, and the lack of development opportunities for young people within large structures. The cause? a) too heavy processes b) mindsets. And I nodded vigorously, sitting in my chair – Aaah! I had been told many times “You’re a baby, Aurélie”; “You are young,” “You should listen to others “… and I always replied with the same sarcastic smile…

Paul created Seed-Up, the first hacker-house of France, with a mix of start-up, hackathon, and coworking atmosphere… where young people gather to live and innovate together.

Again – I have personally always been committed on such subjects. Who says youth was a synonym of wisdom? 😉 The ideal configuration is precisely when you can confront points of view. This is what leads me to the next speaker.

They create a social platform to connect seniors with NextGen

The name of this platform created by Thibault Bastin and Barthélémy Gas : « Les Talents d’Alphonse ». During their professional experiences abroad, the two friends observed a certain respect for elder generations, which made them think of the benefits of intergenerational exchanges. On stage, they explain that retired people often had talented careers. They have quite a lot of free time, so the co-founders had the idea of encouraging knowledge between generations.

Again, this resonates with me. I personally have always claimed that the best combination was the mix of genres: a mix of generations but also a mix of expertise. This is precisely what brings value: mix experience and wisdom with freshness and spontaneity. And I can assure you that this leads to great achievements. This is the case in our team at Festive Road where I act as an Associate, and with GBTA France that I head at 30 years old.

« You’re old and you have an incredible talent? Then enjoy your retirement thanks to Les Talents d’Alphonse ». 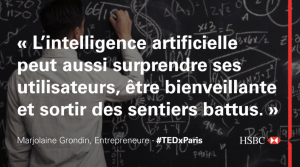 Back from her experience in the United States, Marjolaine Grondin works on Artificial Intelligence projects and creates Jam, “the concierge you’ll love!” Her idea was to develop a bot (conversational robot) with which users can interact. Jam shares tips (e.g. trips, ideas for nights out, bar, movies etc.). The algorithm is fed with machine learning, and also incorporates some part of random recommendations. I like Marjolaine’s approach: she invites to think of the need to define the values of Artificial Intelligence : beyond the need to meet a need, people must keep in mind that algorithms also learn from the users behavior.

I had a quick conversation with Jam on Facebook Messenger, in preparation for my weekend at the Beer Festival (Oktoberfest) in Munich, and as expected it is straightforward, and super easy to use! It seems to be a mix of human intervention and artificial intelligence though.

Among the other stories shared on stage, the following ones:

He creates his own publishing company at the age of 16

Passionate about writing, Guillaume Benech begins to write reviews for « Le Journal de Mickey » when he is a child. After his first experience, he continues to write reviews with a friend, and keeps writing novels in parallel. He decides to launch his own publishing company at 16. A key message: “If opportunities do not show up, create them! “. Inspiring!

She is a researcher and develops a treatment against radiation

Rebecca Kowalski tells about her work as a researcher and the development of new medecine for the treatment of people contaminated with radioactive emissions. Impressive!

And finally, another subject, but an environment familiar to me, as I know many travel bloggers: He tours the world with non-motorized transports… for 7 years!

The adventure of Olivier Peyre is unique. A humbling lesson to be learnt.

A conclusion that raises interesting questions 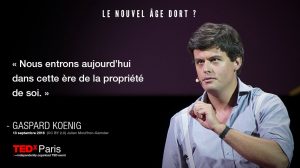 #TEDxParis ended with Gaspard Koenig who encouraged delegates to think of the notion of body belonging, and stressed the importance of data and artificial intelligence in today’s world. His finishing touch was pointing topics such as transhumanism. The reference was relevant, especially as it fascinates and attracts at the same time, all the more because giants like Google have been busy working on such projects.

An inspired and inspiring generation. To the wise… 😉

For live updates and fun follow me on snapchat (ID: travelthink)